The book : Jean Capart. The Chronicler of Egypt

A biography for the general public, richly illustrated, written by Jean-Michel Bruffaerts, has just been published in French and Dutch.
Jean Capart. The Chronicler of Egypt is a biography of Jean Capart (1877-1947), the founder of Belgian Egyptology. Written by the historian Jean-Michel Bruffaerts, it is being published simultaneously in French by Éditions Racine and in Dutch by Éditions Lannoo on the occasion of the “anniversaries of Egyptology” of 2022-2023. It retraces the career of an engaging man who, thanks to hundreds of scientific and popular publications, as well as the numerous illustrated lectures he gave throughout the world, came to embody the image of the “scholar” in the eyes of both the general public and his peers.

Drawing on archives that are mostly unknown to the public, as well as on iconographic documents, often original, that he collected during his many years of research, the author invites the reader to follow Jean Capart on a fascinating journey through the history of Egyptology in the first half of the 20th century. With Capart, the reader will meet some of the most important figures in world Egyptology: Gaston Maspero, William Flinders Petrie, Howard Carter and many others. He will also witness the most famous archaeological discovery of all: the tomb of Pharaoh Tutankhamen. Alongside Queen Elisabeth of Belgium, Jean Capart was one of the first and only Egyptologists to enter the tomb before it was stripped of its treasures, and this was the starting point for a fabulous adventure: that of the Queen Elisabeth Egyptological Foundation and the Chronicle of Egypt, its internationally renowned journal. Managed by Capart from 1923 to 1947, this foundation succeeded in making Brussels the capital of Egyptology during the inter-war period. It also enabled the Belgians to undertake archaeological excavations in Elkab, excavations that continue to this day.

In addition to telling us the story of an extraordinary Egyptologist, the author evokes the dreams and achievements of a man of museums who, in a career spanning half a century, has never ceased to share his passions and knowledge with the widest possible audience, including children. It explains why and how Jean Capart considerably developed and enriched the Royal Museums of Art and History in Brussels (“Le Cinquantenaire”), which he set up an educational department in 1922 and of which he was the chief curator from 1925 to 1942. It also recalls Capart’s international reputation as Advisory Curator of the Egyptian section of the Brooklyn Museum in New York.

Since its creation in 2016, the Jean Capart Fund has supported Jean-Michel Bruffaerts’ project to make the figure of the founder of Belgian Egyptology shine again. He warmly thanks you for the interest and encouragement you have already shown him: without you, the publication of this book would not have been possible. He hopes that you will give an enthusiastic welcome to what will remain the high point of his activity: Jean Capart. The Chronicler of Egypt. 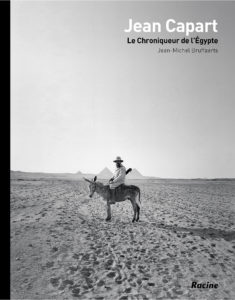 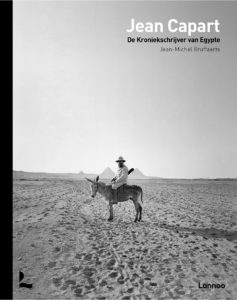 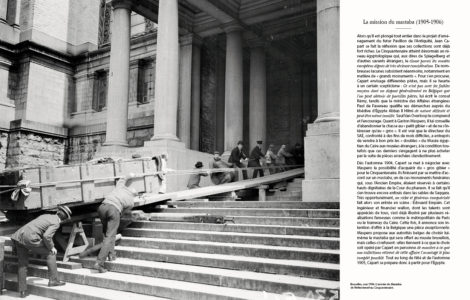 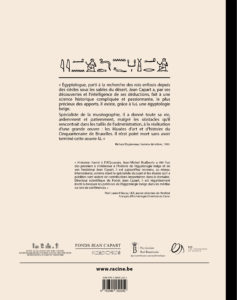 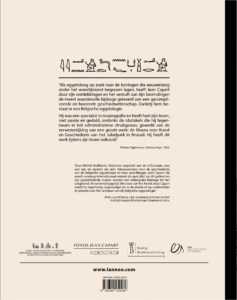