“For only the dead whose name is pronounced, live on” (1)

From childhood, Jean, headstrong but clever, devours all that appears on ancient Egypt. After a doctorate in Law, he studies Egyptology at various European universities, where he befriends the greatest scholars of his time, from the British William Flinders Petrie to the French Gaston Maspero.
In 1902, at the age of 25, the University of Liège entrusts him with the first Belgian academic chair in Egyptology. An enthusiastic and fluent speaker, the young professor delivers, alongside his academic courses, also lectures for the general public. He then begins to travel around the world with a briefcase full of glass slides in hand. His passion for ancient Egypt, and especially for Egyptian art, clearly shines through in the radio interviews he gives on both sides of the Atlantic, as well as in his numerous publications, both scientific as well as popularizing, of which he is the author or the editor.
In 1907, he initiates the first Belgian archaeological excavations in Egypt. Thirty years later, he sets his sights on Elkab, the ancient religious capital of Upper Egypt, which becomes the main site of Belgian archaeologists in Egypt under his guidance. But it is in Brussels, at the Cinquantenaire Museum, that the majority of his career takes place between 1897 and 1947. He accepts all challenges, starting with the joint leadership of the Royal Museums of Art and History and of the Fondation Égyptologique Reine Élisabeth.
Under his guidance, the Cinquantenaire Museum takes its current form and the collections start to grow considerably. As organizer of international meetings, he turns Brussels, his hometown, into the European capital of Egyptology and Papyrology.

As if this was not enough, his career moreover takes an international turn: the Americans rely on him to reorganize the Egyptian section of the Brooklyn Museum in New York, the British appoint him to Honorary Vice President of the Egypt Exploration Society in London, and the Danes entrust him the presidency of the International Association of Egyptologists.

When he dies in 1947, at the age of 70, Jean Capart leaves behind a devoted wife, as well as a pyramid of children and grandchildren, friends and students, thriving institutions, and a grandiose scientific and literary oeuvre that has led to more than one vocation. He is therefore unanimously recognized as the founder of Egyptology in Belgium and one of the greatest art historians of the 20th century. 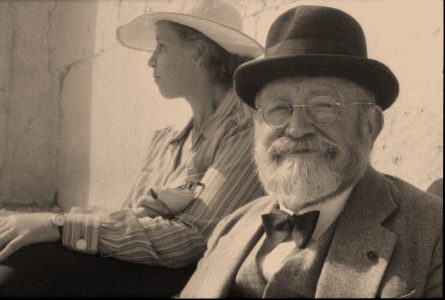 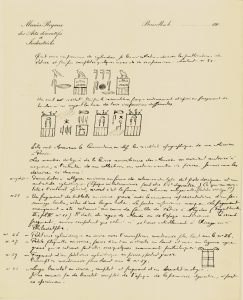 Eugène van Overloop (1847–1926) was the chief curator of the Cinquantenaire Museum between 1898 and 1925. He had the ambition to turn the museum into a scientific institution, surrounding himself with young specialists whom he placed as the heads of various departments. He especially promoted Jean Capart, who became his deputy in 1912, and who eventually succeeded him as chief curator.